Whether it’s left over tarmacadam from the back of a truck for a resurface or a full installation from scratch using a professional tarmacadam contractor, below provides a rough tarmacadam drives installation guide.

A prepared sub base for a tarmac drive

Concrete edging provides support, therefore install concrete edging around the perimeter of the driveway. You can use a string line and level as a guide. As a minimum it is usually necessary to lay paving edging stones across the front of a driveway where it meets with the public pathway. This provides a clear line for the border of a property and ensures a flush finish.

Lay the first surface layer, known as the ‘binder course’ (this contains a larger stone/aggregate).  The binder course provides a strong base for the surface layer. Keep the hot binder course covered to retain heat. Place piles of binder around and rake to correct levels. 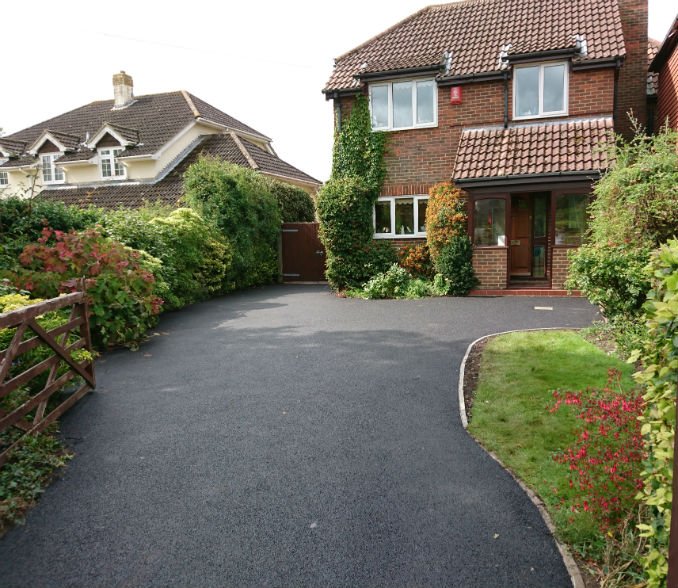 This is the most common type of tarmac driveway installations for residential driveways. A tired and/or faded looking concrete driveway can look ‘good again‘ and resurfacing is by far the most effective method. Preparation is minimal as long as existing drainage is sufficient. If not drainage should be a priority. Fill any holes and remove loose areas. Refill with suitable sub-base material such as Type 1 aggregate. The surface layer can be applied in the same way as outlined in the new installation process above.

Achieve significant cost savings by avoiding the installation of a new sub base! Tarmacadam laid over concrete driveway – quite some time ago 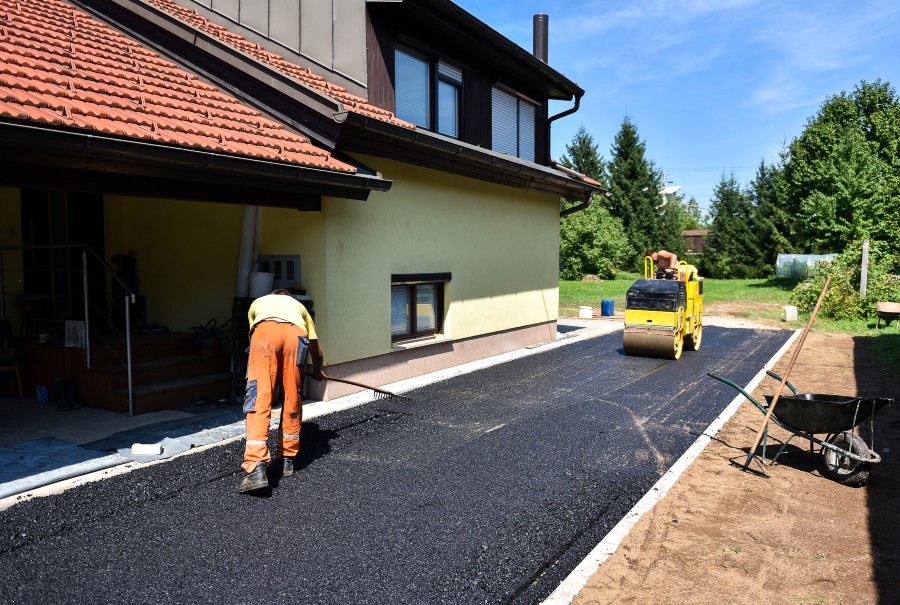 What’s the difference between tarmac driveways and asphalt driveways?

Tarmac and asphalt are very similar, and both surfacing products are used for roads and driveways. Tarmacadam (tarmac) is created by mixing a layer of crushed stone with tar. While Asphalt is created by replacing the tar with Bitumen which is a by product of the oil industry.

Is a tarmac driveway expensive?

The cost of a tarmac driveway is roughly £65  per m². This makes it one of the cheaper driveway surface options, with gravel and some concrete block paving being cheaper.

Is tarmac cheaper than block paving?

How thick is a tarmac driveway?

The layer of tarmac on your driveway should be between 2 and 3 inches. A smaller aggregate is used in driveways compared to road surfaces to create a smoother finish. While this is less strong than the road version, it is still more than strong enough for you to park your car on for many years.

Can you tarmac over concrete?

Yes you can. However the better the concrete is, the better the end result. It’s therefore important to fill in any cracks and potholes on the concrete before adding the tarmac. However, the great thing about tarmac is that you can create a flat surface over almost any sub base.

How long does cold lay tarmac take to harden?

When a new driveway is installed, it’s important to leave the surface to fully harden for 2 to 3 days. You can then park your car on the driveway. However, if you turn your tyres when stationary to be able to reverse,  then you should leave it for several weeks to ensure the solvent is fully hardened. If you use it too early, your driveway can become uneaven, especially on those areas where the tyres are turned.

Why do you water tarmac?